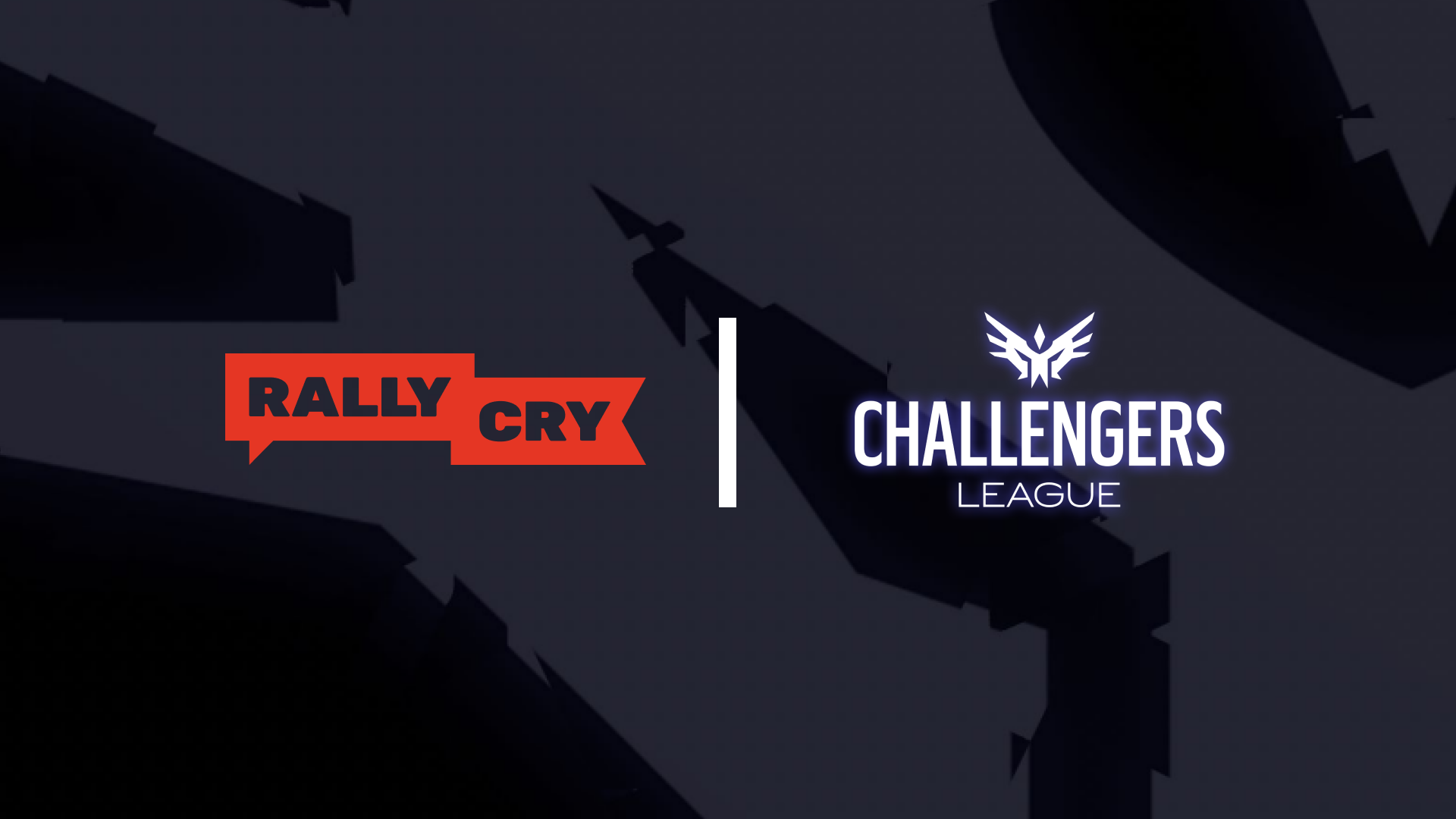 Today, we're excited to announce that Rally Cry is partnering with Riot Games to power the North America Challengers League

Rally Cry and Riot Games announce a new partnership to power the North American Challengers League (NACL). As a part of the partnership, Rally Cry will provide broadcast, operations, and platform support to supercharge the league through 2024. Rally Cry also has rights to monetize and distribute the League.

As the leading esports organizer for everyday players, Rally Cry will power the NACL through 2024. Rally Cry will broadcast the North American Challengers League and NACL Qualifiers. In addition, Rally Cry will facilitate tournament operations for the qualifiers and the league will be hosted through Rally Cry’s community-centric competition platform.

Rally Cry CEO, Adam Rosen, commented on the partnership saying, "Rally Cry is dedicated to creating esports opportunities for players of all ages and skill levels. This partnership allows us to make a lasting impact on players aspiring to compete at the next level in their esports careers. In addition, we look forward to showcasing the up and coming on-air talent within North America."

The North American Challengers League is the official “path-to-pro” ecosystem for League of Legends. The league is composed of 16 teams, ten of which belong to the League of Legends Championship Series (LCS) teams, and 6 of which are determined through a seasonal qualifiers.

The 2023 league will span January through September and will feature over 700 hours of broadcast content for players and fans. The first match play will kick off on January 21.

“Our team is honored to play such a pivotal role in helping develop the North American League of Legends esports ecosystem,” said Adam Mierzejewski, head of League Operations at Rally Cry.  “This partnership will showcase our many years of experience of esports operations and allow us to provide the best possible experience for players and fans alike. “

Applications for teams to participate in the NACL Qualifiers are now open at rallycry.gg/challengers.  Brands looking to connect with the NACL audience through the league should contact Ceo Wimmer.

To learn more about the Challengers League format, schedule and other details, check out Riot’s official article here.

Rally Cry, a gaming technology company located in Southern California, builds inclusive gaming experiences for players of all ages and skill levels. The company’s platform and leagues offer organized ways for gamers to connect, play and compete with each other. Rally Cry’s industry veteran engineers, designers, and visionaries are passionate about scholastic esports and have produced some of the most iconic events in esports. The team believes gaming is a force for good and focuses on building esports through community. Rally Cry has partnered with organizations such as the US Air Force, Learfield, Boy Scouts of America, Van Wagner and National Football League. To learn more about Rally Cry, view our About Page.

Rally Cry partners with Riot Games to run and operate their CVAL South region for the 2022-2023 season!